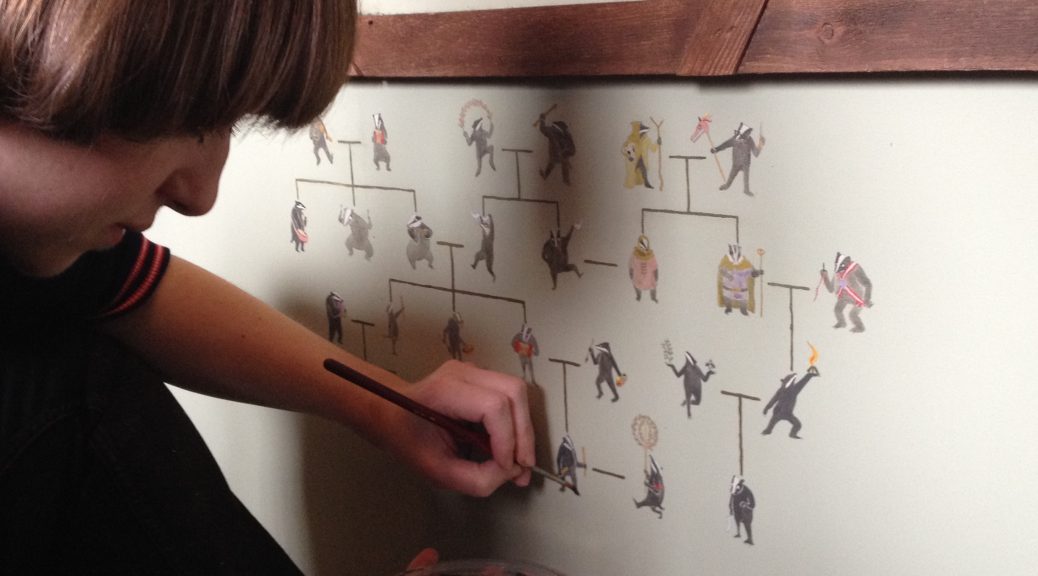 Astrid’s illustration work has run alongside her animation practice for several years, mainly in the form of concept art and storyboards. Occasionally it’s allowed off the leash to roam around the park on its own.

Astrid won the Observer/Jonathan Cape/Comica Graphic Short Story Prize in 2022, with her comic about the farce that was her grandmother’s funeral. Read the comic here and why she wrote it here.

Astrid is currently working on her debut graphic novel, The Crystal Vase, which will be published by Jonathan Cape in 2024.

My Father in Berlin, a 4-page comic shortlisted for the Observer/Cape/Comica Graphic Short Story Prize in 2017: